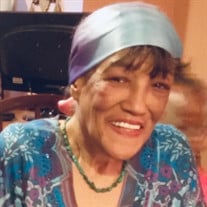 Brenda Carole Swafford, 77, was born on May 15, 1944, and was a native of Calhoun, KY. It seems insufficient to attempt to convey in a few paragraphs the depth of love she held for her family, the resilience and fortitude she wielded in the face of life’s hardships, and the immense joy she absorbed from all things soaked in simplicity. She modeled for her children and grandchildren what it means to smile through tears and what it means to never stop striving for your dreams. Brenda passed away unexpectedly the week of February 6, 2022. While her exit from the lives of her loved ones brings a resurgence of grief, that grief is tempered by the unwavering faith in God she held. She would often state that she was most proud to have children that grew up to be good people – people that were kind and helpful to others. They grew up to be good people because Brenda modeled that behavior, and her loved ones will continue to pay reverence to her example of a life steeped in love by continuing to be those things to each other and to the world. After graduating from McClean County High School in 1961, Brenda attended Nazareth College (what is now Spalding University) in Louisville, KY, graduating in 1965 with a Bachelor of Science degree. In the early stages of her career, she provided administrative support to KY’s elected officials, serving State Senator Georgia Powers and State Representative Mae Street Kidd. She would go on to establish a career in education, beginning her teaching at Ahrens Trade School and spending most of her full-time teaching years at Central High School. Brenda, first introduced to the Lord as a child, became a member of Fifth Street Baptist Church after migrating to Louisville, following in the footsteps of her mother and grandfather. She was an active member, supporting the American Baptist Newspaper, singing in the Women’s Chorus, and teaching in Vacation Bible School. One need only to look around her home, gaze upon her array of refrigerator magnets, look at her hand-sewn potholders, or read her thankful list created each Thanksgiving to grasp her love for God. After retiring from the Jefferson County Public School System, Brenda immersed herself in crafting, affectionately sharing this hobby and establishing presence in the local craft fair circuit with her sister, Patience. She loved through her handiwork, with each gift a gesture of tenderness soaked in thoughtfulness, creativity, inspiration, and love. She doted on her children, great-grandchildren, and great goddaughter and they will forever be grateful for the impact she made on their lives. Brenda was preceded in death by her mother – Allene Payne Hunter, father – Charles Hunter, Sr., and brother, John Randall Hunter. Those left to cherish her precious memories include: her children - William Swafford, Jr., Carlton Swafford (Katie), and Adria Johnson; her grandchildren – Brenlie Rhodes and Kenneth Rhodes, II; her great-grandchildren – Kyeus Lee William Stark and Amerie Faith Stark; her great-goddaughter – Kamea Davis-McClendon; her siblings – Patience Wheat (David) and Charles Hunter, Jr. (Dora); and a host of family and friends. Service for Brenda will be held on February 19, 2022, at Fifth Street Baptist Church, 1901 W. Jefferson Street, Louisville, KY. Visitation will be held from 9 AM to 11 AM, with the Funeral Service immediately thereafter, and burial in Calvary Cemetery.

Brenda Carole Swafford, 77, was born on May 15, 1944, and was a native of Calhoun, KY. It seems insufficient to attempt to convey in a few paragraphs the depth of love she held for her family, the resilience and fortitude she wielded in the... View Obituary & Service Information

The family of Brenda Swafford created this Life Tributes page to make it easy to share your memories.

Send flowers to the Swafford family.