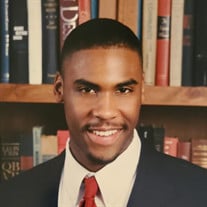 Lynwood Odell Butler, Jr., entered this life on March 6, 1978 in Louisville, Kentucky and was a joy to his parents, Lynwood and Earline Bulter. He passed from this life at the age of 44 on March 26, 2022 at Vanderbilt University Hospital following heart transplant surgery. He is preceded in death by his father Lynwood Odell Butler, Sr, his grandparents Add and Grace Jordan and Adee and Jessie Butler. Two special cousins, Ronnie Cawthorn and Berry Mitchell. He is survived by his mother Earline Butler, his uncles Milton Mitchell, Sovoy Jordan, Earl Jordan, and Add Jordan, Jr.; his aunts Unice Stewart, Christine (Clifford) Lee, Dorothy Gilliam and Margaret Butler; 16 first cousins and numerous relatives and friends. Lynwood attended Dunn Elementary and played little league baseball at Lyndon Recreation Center. He went to Kammerer Middle School where he played the clarinet, and Ballard High School where he played basketball for two years. Following high school, he attended the University of Kentucky where he earned a Bachelor of Arts in Communications. Lynwood had several jobs following college graduation. His first was with a company called Kronos where he applied his communication and IT skills. Following the closure of Kronos, he moved to Humana where he worked in the Verifications and Medicare Enrollment Departments. After Humana, he worked for Bristol's catering and his last job was with P.F. Chang. Lynwood was a member of Kenwood Baptist Church. He enjoyed being an usher and coaching the church's youth basketball league. He loved following college sports and especially cheered for University of Louisville basketball and football. However, his favorite basketball player was Koby Bryant (#24). He was also an avid collector of basketball cards and as an adult he traveled to numerous recreation facilities across America. Lynwood appreciated numerous musical genres. He especially liked Hip Hop artists like The Roots, OutKast, GangStar, Mobb Deep and Alchemist to name a few. He also possessed an encyclopedic memory of movie trivia. Lynwood’s capacity to build, sustain and enjoy his friends was limitless. At every school, every job, and every stage of life, Lynnwood made lifelong friends. This is the legacy he leaves for all of us.

Lynwood Odell Butler, Jr., entered this life on March 6, 1978 in Louisville, Kentucky and was a joy to his parents, Lynwood and Earline Bulter. He passed from this life at the age of 44 on March 26, 2022 at Vanderbilt University Hospital following... View Obituary & Service Information

The family of Lynwood Odell Butler Jr. created this Life Tributes page to make it easy to share your memories.

Send flowers to the Butler family.