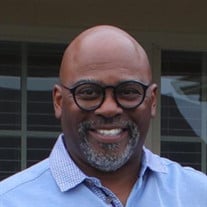 MARVIN REGINALD “REGGIE” JONES, 53, of Sellersburg IN passed away Monday, October 25, 2021 at U of L hospital. He is survived by his three sons, Nathaniel (Francesca), Nicholas and Nevin Jones, his former wife of twenty-one years Cynthia H. Jones, and fiancé Robin Morehead, all of Sellersburg, IN. Also surviving, his sister JoeAnn Jones of TX and mother Arlena Jones of OH, his Aunt Charlean Dobbs of Fairmont, WV, his Aunt Yvette Jones of Huntington, WV, aunt, Vanessa Pate Cotner, uncle, Stephen Pate, both of Rock Town, TN and many Cousins, Nieces and Nephews in Fairmont, WV. He was preceded in death by his infant son Noah Jones and adoptive Great Grandparents Willie and Sirlena Jones of Fairmont, WV. Reggie was born in Ohio and adopted by his Great Grandparents, Willie and Sirlena Jones. He grew up in Fairmont WV with many of his cousins on Holbert Avenue. He moved to Charleston WV to attend the University of Charleston, studying Pharmacology. He later left college to begin a career with Kenny Shoe Corp working in their Foot Locker/Athletic Express stores. He worked his way up to Store Manager and lived in Virginia Beach/Norfolk, VA and Danville, VA markets before transferring to his own store in Clarksville, IN in the Greentree Mall 27 years ago. He worked for Foot Locker for several years before he took a second job working as a pharmacy tech. He then left Foot Locker and went to work for Walgreens as a store manager. He worked for Walgreens for several more years and left there for an IT position with University of Louisville Physicians Group. Through networking with others he met while working here, he got on with BD (formerly Care Fusion) where he has been the last 18 years as a Lead Field Service Technician. He has also worked part time at Lowe’s the past several years where he has accumulated friends in co-workers as well as customers. If you asked Reggie what his greatest accomplishment in life was, his reply would always be his three sons. He was so proud of how they have turned out to be great men with lofty goals they are willing to work hard to achieve, and they have/are! Nathaniel has his PharmD and is currently employed at Baptist East as a Pharmacist, Nicholas is in his last year of Pharmacy School and will graduate in April 2022 with his PharmD and Nevin is a freshman at Purdue pursuing an MD as an anesthesiologist. He was definitely a proud Dad! Family and close friends would like to thank everyone for expressions of sympathy. Each one has been read and appreciated.

MARVIN REGINALD &#8220;REGGIE&#8221; JONES, 53, of Sellersburg IN passed away Monday, October 25, 2021 at U of L hospital. He is survived by his three sons, Nathaniel (Francesca), Nicholas and Nevin Jones, his former wife of twenty-one years... View Obituary & Service Information

The family of Marvin Reginald "Reggie" Jones created this Life Tributes page to make it easy to share your memories.

Send flowers to the Jones family.