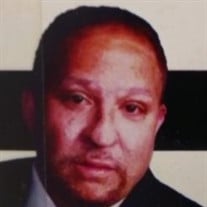 Z. Michael Williams, 60, a long time Louisville native, died Saturday, March 14, 2020 at Baptist East Hospital. Michael was born April 5, 1959 at Red Cross Hospital in Louisville, Kentucky. He attended Fern Creek High School and took classes at University of Louisville. An avid outdoorsman, Michael enjoyed fishing in the rivers and lakes of Kentucky, Indiana and Michigan. He also enjoyed watching University of Louisville sports and taking care of several adopted pets. Michael worked for UPS for many years before resigning a year ago to address ongoing health issues. At the time of his passing, Michael was courageously battling cancer. He is survived by sisters, Delores Williams of Nashville, Tennessee, Yolanda Ali of Paradise Valley, Arizona and Marilyn Williams of Louisville, Kentucky; along with several loving nephews and nieces. He was preceded in death by his father, Harvey S. Williams, his mother, Marguerite L. Williams and brother, Albert E. Hayden. Due to the current coronavirus pandemic, no public viewing or service will be held. A Celebration of Life will be held at a later date, to be determined. Condolences may be sent to 7308 Verona Way, Louisville, KY. 40218.

The family of Z. Michael Williams created this Life Tributes page to make it easy to share your memories.

Send flowers to the Williams family.